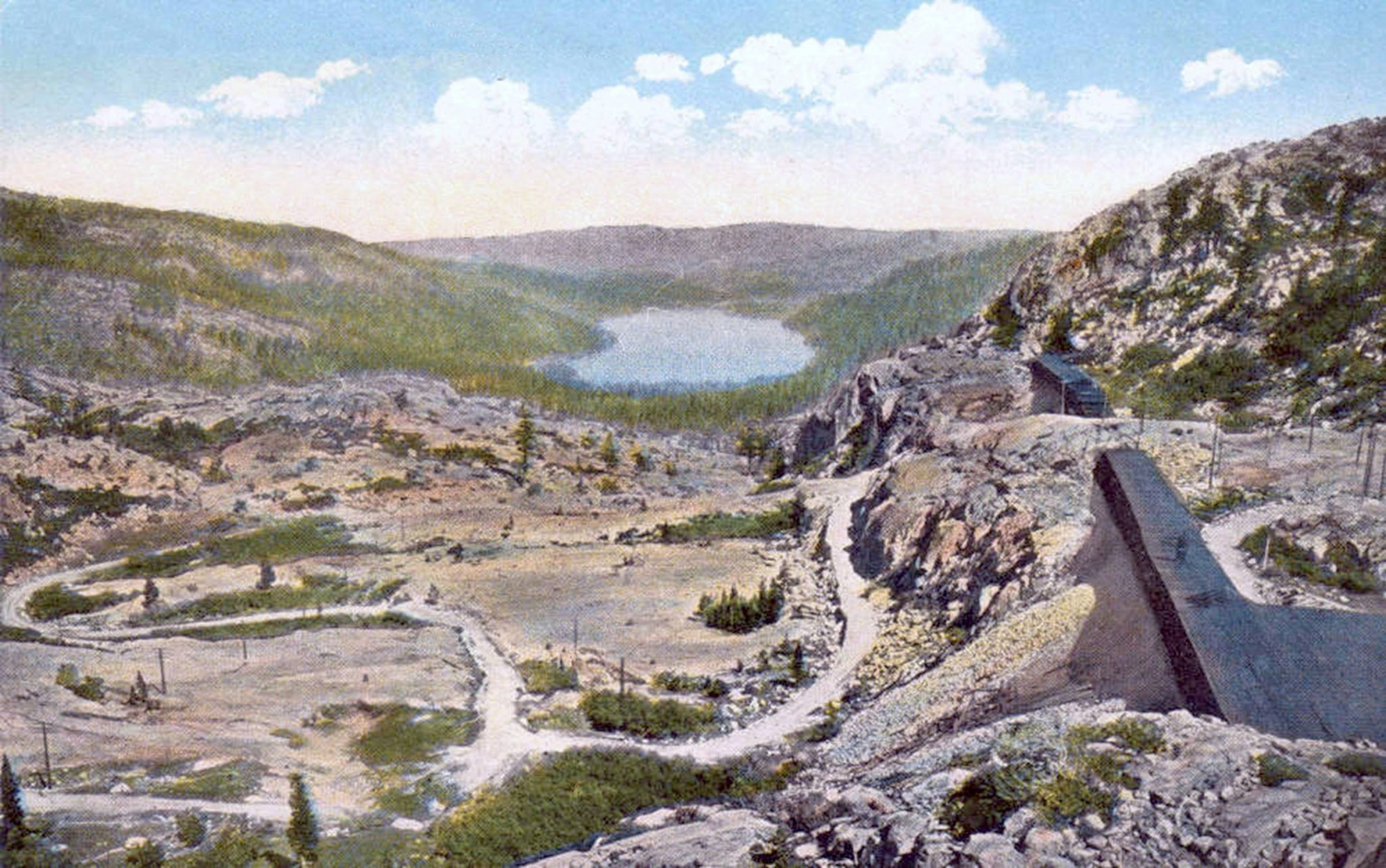 Above, photo taken soon after the new and safer 1914 underpass opened under the railroad tracks (upper right) with a new road curving around the granite to connect with the old 1864 road. The older road is also visible at right curving into the snowshed. The new 1914 section was only used until 1926 when the nearby replacement highway opened, soon called Highway 40.

Below, the law authorizing the construction of the underpass. 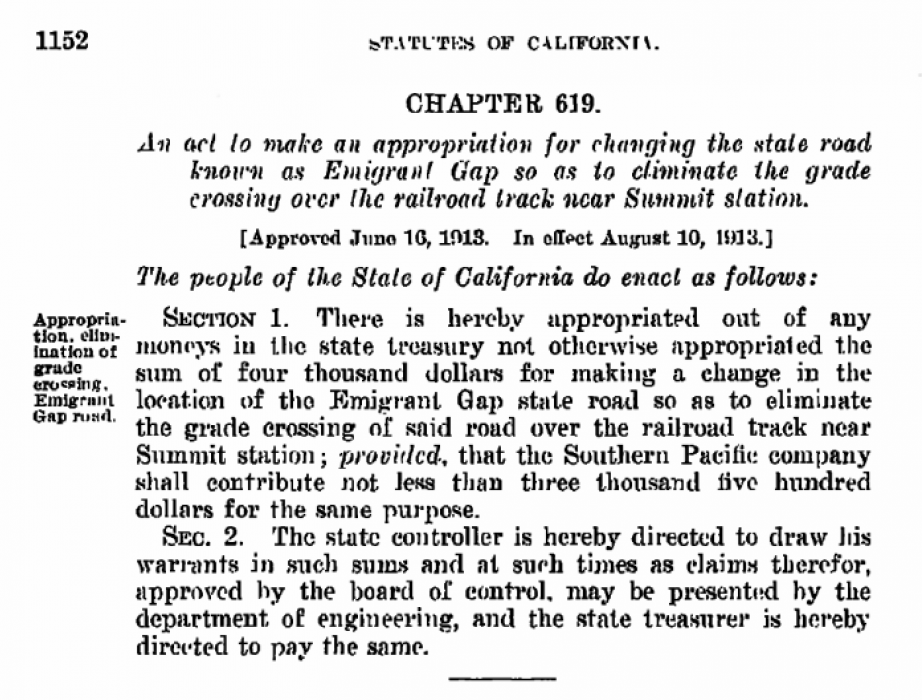 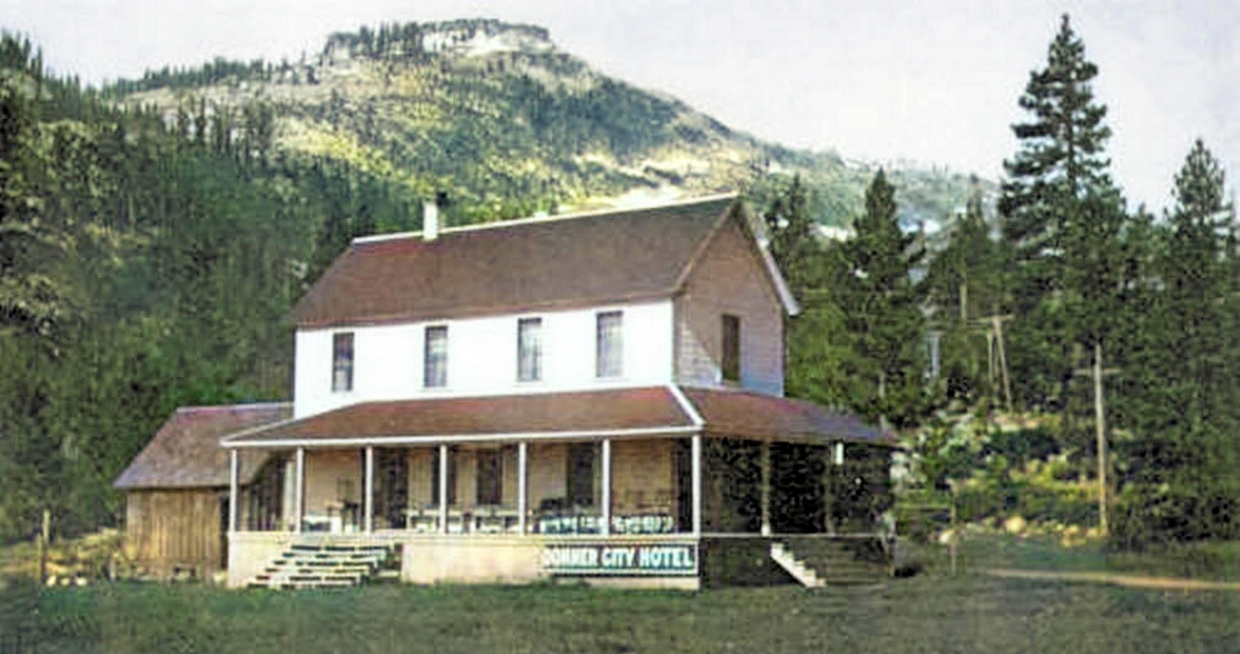 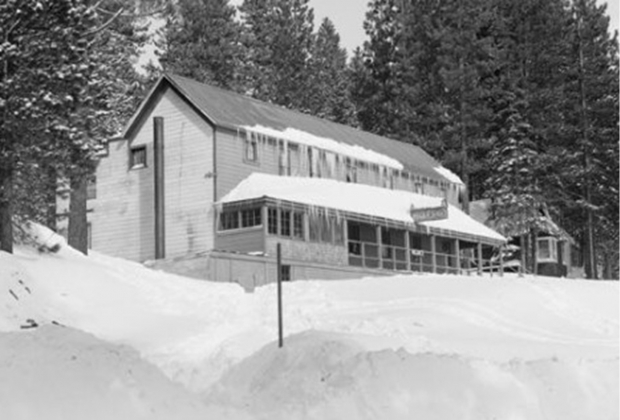 Above, 1915, Wally Gelatt's Donner City Hotel, on the same site as Pollard's Hotel (based on several maps, parcel maps, and photos).  The hotel was expanded several times and the land to the north, south, and east quickly became a resort area with a campground and several shops and gas stations (more photos coming).

In the above photo, the old highway is barely visible between the hotel and telephone poles. The road remained in that location as the state highway until 1926. The path of that road would cut through about 10 feet of the back corner of the current building occupied by Donner Lake Realty at the corner of Donner Pass Road and South Shore Drive. Around 1950, the old highway, named Old Highway Drive for a new residential area, was slightly diverted to hit South Shore Drive so that more usable lots could be created. At the same time, the hotel was moved to the north side of Highway 40 across from the boat ramp and renamed Lakeside Hotel (above right photo). It burned down in the 60s.

Below are six photos of the old highway along the north shore of Donner Lake taken with early color film in 1915 by J. Waters. The color was very weak and could not be brought back by simply adjusting the saturation, but that weak color helped with my further computer colorizing to bring them beautifully back to life after 104 years.

The left photo above and the first photo below are opposing views of the same building, the Donner City Hotel. The photo below used a wide-angle lens which makes the distance from the hotel to the start of the hill look farther than it really was, and the photo above used a telephoto lens which makes the distance look a lot closer. Notice the same telephone poles in both photos (which line up where future Highway 40 will be built). That's a Red Crown Gas round sign on the left side of the road.

This is the original photo of the first one below before adjusting and colorizing. Color is in there but it's very faint.

Left photo, notice the rocks placed on the uphill side of the road to create a drainage channel... exactly the same design as seen below in a recent photo taken nearby. Undisturbed for at least 104 years and likely for 154 years. 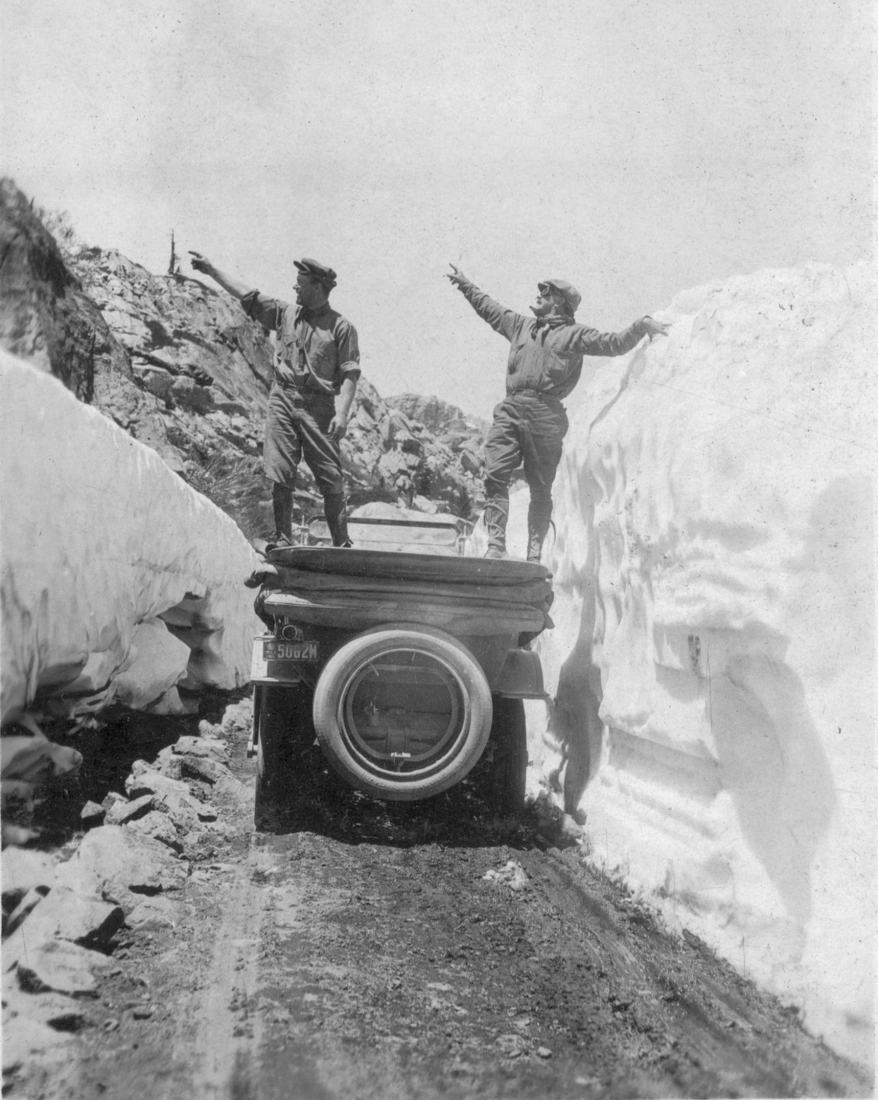 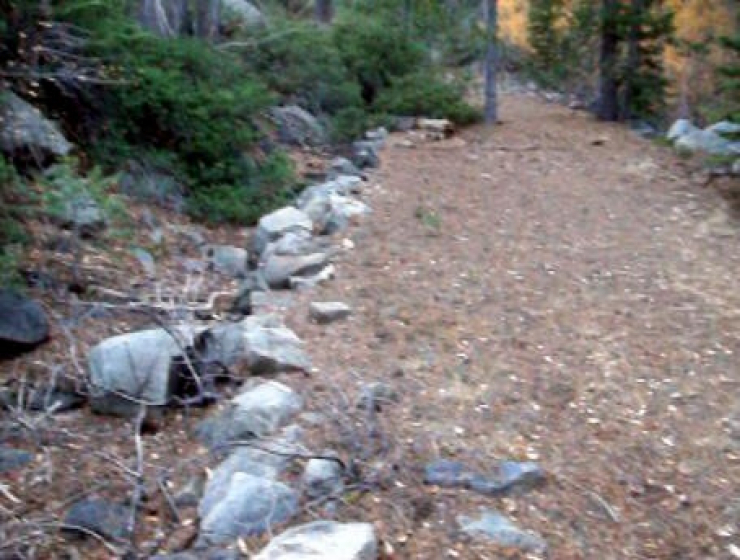 Please support this website by supporting the above sponsor.